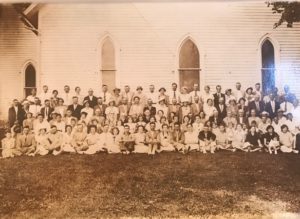 The church was built in 1870. The North Bend Church of the Brethren got its name from its location at the bend in Orange Hill Road. At that time, the women sat on the right hand side and the men on the left hand side of the church. The growth of the church resulted in the first addition in 1893.  In 1927, the church had its first salaried pastor. Another change in the structure happened in 1963 when a basement was added. 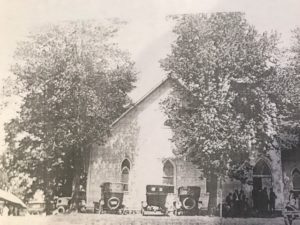 In 1920, when driving in the church yard, there stood a beautiful country church with stables on the northwest side for the horses and buggies as automobiles were rare. Before the women entered the church, they put their prayer coverings on. Everyone was very reverent inside the church, and families sat together. There was not a piano or organ. A yearly picnic was held either at the church or at Horn’s Grove. 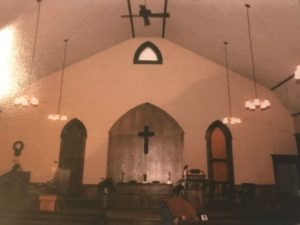 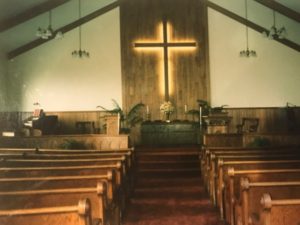 In 1985, the sanctuary was updated. The church continued to grow and change.

In 2007 planning started for remodeling the church as we had outgrown our facilities. Discussion about adding on, or building a new church a short distance from the current one continued for several months , but there was one obstacle after another that blocked that from happening. Then the idea of purchasing a vacant church at Butler came into view. On January 13, 2008 a church was planted with the district’s help at Butler, Ohio. There were 305 present at the first service. (God’s miracle) of the North Bend Church of the Brethren, Clear Fork branch.  On July 27, 2008 the first baptism was held at the Johnson Family Farm  pond when 13 were baptized and some transferred  their membership with reaffirming the faith.

We now minister to 300 per week between the two sites.